So yesterday was fun and interesting.
We had a great morning voice session with Bill. He took us through a second Nadine George breathing routine. This one dealt more with the neck and shoulders and was in some ways more helpful to allow deep breathing. Then we did some more walking/breathing taking in the space. I really like this. It is a very internal exercise disguised as an external one. Plus we get to have a few good solid hugs. :-) We then did more voice exploration with the aid of the piano. All 3 guys, then all 8 or 9 girls. Working on the "deep female" ooo sound. Gotta love that male voice break!
We finished the session by getting some great individual work in front of the class with various greek speeches from The Oresteia. Wow. I forget how much I love chewing these words. Mmm... greek...

Movement: this is where things got interesting in a different way.
We started off with our normal Lecoq based stretching and warm up routines. We did a little more with the 7 Levels of Tension followed by a cool follow the leader school of fish exercise.
We then did some body undulation leading into a moving-the-air-through/across-the-room exercise. on the second or third time through our poor sweet Australian friend, Claire, twisted/dislocated/relocated her left knee midair next to me. Apparently she had previously dislocated that knee seven years ago. So needless to say, she went down like a ton o' bricks. We got her some first aid help and hobbled her outside the room. The class continued doing some walk imitations as per our assignment. I then left with Claire to help her to the Royal Glasgow Infirmary to get her checked out and x-rayed. 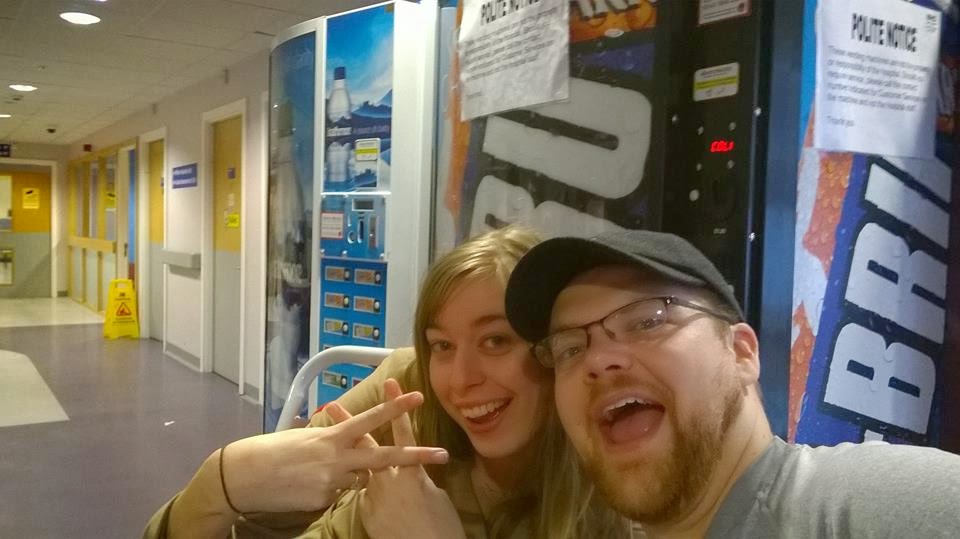 Despite the fairly extreme amount of pain she was in, we kept light of the situation and fluctuated between raunchy jokes and laughter and Claire internally and sometimes externally doubling over in pain. We were by far the happiest people at the hospital. Go figure. There was a guy who had a pretty severe face beating, a couple of sweet little girls who were surprisingly calm, and even a pair of cops with two guys handcuffed together.
After sitting in the waiting room for a couple of hours, a nurse examined Claire and she got an x-ray. Seems like nothing was damaged. Just a major twerk of the knee cap. She be on pain killers and crutches the next weekish. We rounded out the evening with some well deserved pizza, G&T's and Haagen Daz.